Skip to content
The Lockers in Rainey Hall
Current Staff

The Lockers in Rainey Hall

Words by Reese Grayson. Photos by Reese Grayson. There are very few buildings at UT that have been untouched by the university’s massive expansion and the need to use space more efficiently. Old buildings are either replaced or renovated to serve another purpose. Although many spaces on campus have been repurposed, original architectural designs and structures tell a story and […]

There are very few buildings at UT that have been untouched by the university’s massive expansion and the need to use space more efficiently. Old buildings are either replaced or renovated to serve another purpose. Although many spaces on campus have been repurposed, original architectural designs and structures tell a story and give us a glimpse into the dynamic history of the university.

Rainey Hall, the first building to be constructed in the six-pack in 1942, was repurposed, but most of the original designs and structures remain. Rainey Hall was originally built to house the music department, and it was not until the 1980’s when music students moved to the newly opened College of Fine Arts buildings. There are key features that remain in the hall that signify its deep history as a music building, which can be seen most clearly when looking at the design and structures on the fourth floor.

When first entering the fourth floor, lockers made of worn wood line both sides of the hallway. Faculty members explained that the lockers were used by students to store their personal belongings and instruments while practicing in the hall. In addition, the entire floor has tiny rooms that are seemingly too small to be offices. These were practice rooms that were engineered to have good acoustics so that students and faculty could practice their instruments. The practice room walls are 21 inches thick, providing enhanced soundproofing for the musicians. The wood that covers the floor, practice rooms, and lockers is unique to the hall, as the engineers behind the building wanted to use distinctive materials to create cutting-edge designs. On the bottom floor, the beautiful Jessen Auditorium remains, which was originally created for major performances by musicians. 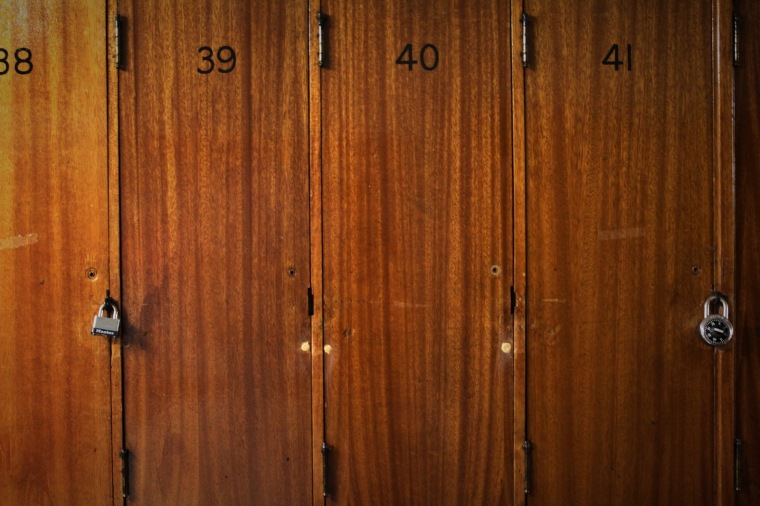 Currently, Rainey Hall is a building of languages, housing the French and Italian departments. The fourth floor is filled with graduate students typing away on keyboards and practicing speaking the languages they study. The Jessen Auditorium still features occasional musical performances and academic presentations. Most of the lockers are now glued or nailed shut, accumulating dust and no longer stowing students’ instruments . On a practical level, the fourth floor of Rainey Hall could very well be renovated to be more efficiently used for offices, study spaces, or classrooms. So, when looking at these spaces, I wonder: at what point do we move beyond simply repurposing, to altogether replacing?

As the university continues to expand and is pressed to utilize space in more efficient ways, will these spaces always exist? To some, the lockers and practice rooms on the fourth floor of Rainey Hall are no longer serving their original purpose. To others, they are central to the unique architectural character and identity of UT. Although not a pressing matter, the lockers on the fourth floor are representative of a larger issue facing UT. Should interior spaces that are intertwined with the historical and architectural identity of the university be replaced in the pursuit of efficiency?