Student Economics: The Obstacles of Divestiture

Written by William Moessinger. Originally published as part of the Spring 2016 “Narrative” Issue. In 1977, student protestors at Hampshire College made history when they successfully protested for the divestment of companies headquartered in apartheid South Africa. For decades, economic forms of protest such as boycotting and legal sanctioning had been effective political tools, but at the height of the apartheid […]

Originally published as part of the Spring 2016 “Narrative” Issue.

In 1977, student protestors at Hampshire College made history when they successfully protested for the divestment of companies headquartered in apartheid South Africa. For decades, economic forms of protest such as boycotting and legal sanctioning had been effective political tools, but at the height of the apartheid civil rights movement, students invented a new form of economic protest when they pressured college administration to sever the symbiotic relationship between their university and companies they had invested in.

Although apartheid would not end for another 17 years, Hampshire College’s divestiture and the subsequent divestiture of 9 colleges across the country from corporations such as Texaco, Exxon, International Harvester, and Clark Equipment have been seen as an important symbolic act, and a perfect example of campus activism serving a valuable function.

Since then, divestment has proven to be a popular method of protest, with last year alone seeing the development of student movements all across the country. Political grievances ranged from fossil fuel involvement, to private prison partnerships, to Israeli settlement activity. These divestment movements have experienced varying degrees of success, and the moral legitimacy has not always been granted the same validity as Hampshire College’s apartheid-protests, throwing into question the current role of divestiture in campus activism. This newfound skepticism towards divestiture as a form of political protest has just as much to do with the economic complexities of running a college endowment fund as it does the changing landscape of political activism.

In their most minimalist form, university endowment funds are philanthropic donations towards a college institution that moderately boosts its financial welfare. For larger entities, they are generally big enough to invest in third-party stocks and equities with expansionary goals, usually designed to grow over a longer period of time. For larger college universities such as Harvard or UT, they can amount to billions of dollars and consequently garner national attention for how they are used and grown.

UT’s endowment fund is so large (consisting of over $25 billion in assets, making it the second-second largest in the country) that the endowment company in charge of handling UT’s assets, UTIMCO, has adopted a “Fund-of-Funds” model wherein they hire third-party managers who are relegated with the responsibility of selecting which companies endowment funds should be invested in.

The methods through which college universities raise revenue and allocate resources is often an emotionally-charged issue for the understandable reason that students taking out tens of thousands of dollars in loans feel every nickel of their tuition deserves to be spent as thoughtfully as possible. Endowment funds are no different, and funds managers are likely just as concerned with portfolio performance as they are with potential political backlash. Even more strenuous than the pressure of the occasional divestment movement is the professional pressure of growing a college’s endowment fund. Usually when endowment funds are at the center of controversy, it has more to do with how funds are raised and allocated as opposed to what types of companies are invested in. 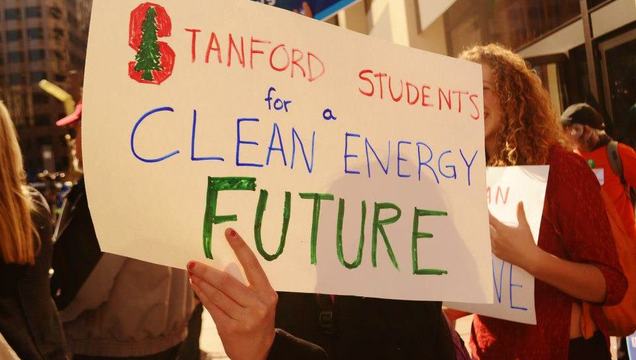 Many see endowment funds as easy access to a big pool of cash that could alleviate tuition costs, fund more scholarships for lower-income students, or fund research. This makes endowment funds ripe for criticism when students sense that endowment funds are being “hoarded.” Unfortunately, endowment funds are often tied up in illiquid assets like private-equity, real estate, and hedge funds. In other words, these funds are difficult to access because they are specifically designed for long-term growth.

Given this kind of financial pressure, it was no surprise that when pressed about what criteria UTIMCO does use in choosing its portfolio managers, UTIMCO’s Senior Director of Public Funds, Amanda Hopper focused almost exclusively on performance issues.

“We send a 20-page due diligence questionnaire that we issue to potential managers where we mostly ask which includes questions pertaining to their organization and team, investment strategy and process, historical and expected performance, and set aside a few pages as well for non-investment financial questions related to the firm’s operations, accounting, trading, etc,” she said. When asked about the divestment movements that occurred last year on campus, Hopper asserted that “it’s not part of our mandate to invest according to social political convictions.”

The financial challenges that endowment funds face, and the genuinely important role that they play in providing an equitable education, may explain why they are mostly concerned with the fiscal performance of their portfolio over the ethicacy of individual companies chosen for investment.

Despite the apolitical objectives of endowment funds, other colleges have ceded to divestment movements in the past. Hampshire College was the first example of this, but as recently as last year, Stanford University yielded to student activists calling for the divestment from fossil fuel companies, leading them to divest its $18.7 billion endowment of stock in coal-mining companies. This isn’t much of a surprise from Stanford considering the fact that they have been more proactive than almost any other university in environmental programs, but it still speaks volumes to the level of interaction between the university, its students, and its endowment fund. If Stanford was willing to take these steps, why can’t UT?

The first problem, and most crippling, is that UTIMCO operates separately from UT, unlike any other endowment company in the country. Shortly after the Palestinian Solidarity Committee attempted to pass AR 3, business students Steven Stein and Michael Johns wrote an article for The Daily Texan arguing that this was a scenario where students were acting “outside of their level of responsibilities,” and that because UTIMCO is not technically part of UT, students “shouldn’t waste legislative time trying to influence an independent organization.”

This may seem like a somewhat disingenuous characterization to most people, since UTIMCO manages UT’s assets and the UT Board of Regents appoints seven of UTIMCO’s nine Board of Directors. Still, UTIMCO is unique in that it “is the first external investment corporation formed by a public university system in the nation.” Even if students were able to apply enough pressure to the college administration, either through protests or student legislation, there is little that the administration could do to divest from certain companies for solely political reasons because they are so far removed from the selection process.

None of this should be interpreted as a dissuasion of divestiture as a form of political protest. Rather, the point is to illustrate why organizations like UTIMCO may view student protesters as being detached from endowment fund’s role in boosting the university’s welfare, and to equip students with an in-depth understanding of the economic nature of endowment funds as well as the political barriers that insulate UTIMCO from student and faculty input.